Introduction: Physiological deterioration of the elderly can be accelerated by disease, which increases the use of health services. In pursuit of customer satisfaction it is necessary to evaluate the quality of the services provided.

Objective: To analyze the level of satisfaction of older adults hospitalized regarding the care provided by nursing staff.

Methods: An analytical cross-sectional study was conducted, it included 191 older adults with hospital stay > 48 hours. CARE-Q instrument consisting of six dimensions was used. The satisfaction was classified as high with 184-139 points, medium with 138-93 points and low with 92 or less. Descriptive statistics and Spearman correlation coefficient were used.

Conclusions: The overall satisfaction was high in 61.8 % of respondents.

The concept of satisfaction has its theoretical origins with Koos.1 Donabedian says that it is primarily "a measure of the result of the interaction between health professionals and the patient”.2

Currently it is still understood as a measure of quality assurance and the effect of timely care provided to the patient, especially in the work of nursing staff, as an element determining the nurse-patient-communication-understanding-satisfaction relationship.3

The nurse-patient interaction happens through care, which is considered the essence of the discipline of nursing, and which involves timely service, quality and warmth, and a holistic approach, aimed at solving specific problems that affect users in need of institutionalized service.

Different theorists have defined care as a fundamental part of nursing practice as it implies a process that is systematic and directed towards an end.

Florence Nightingale defined care as an element proper to nursing service.4 Virginia Henderson described that care is intended to supplement the lack of autonomy of the individual to act independently in meeting fundamental needs.5 Meanwhile, Donabedian considers the effectiveness of care as the foundation of quality, on which patient satisfaction depends,2 which varies with the stage of life and health status in which it happens. This is why it is important to take into account the demographic and epidemiological transition in which Mexico is immersed, which is reflected in the inversion of the population pyramid due to an increasing older population, composed of 10,695,704 inhabitants exceeding 60 years representing 9.2% of the general population.6

This population faces major changes that make it susceptible to chronic degenerative diseases and diseases proper to the age. As a result they tend to demand more second-level health services, i.e. hospitalizations. For this reason, multidisciplinary teams should pay more interest to older adults. The rationale of nursing for this group focuses on care for their needs and expectations, which involves establishing a nurse-patient relationship that generates individualized care, with quality and dignified treatment. Theoretical knowledge, practical experience, and sensitivity are the basis for identifying the needs and problems of hospitalized patients.8

The Instituto Mexicano del Seguro Social, faced with the population’s increased demand for care, has focused on the needs of health and disease prevention of older adults, by implementing the program GeriatrIMSS.

In health institutions there are various indicators of quality of care; one of these is measuring patient satisfaction. At this point the role of nursing staff becomes important, as they interact longer and more closely with the patient. To ensure that the care provided is of quality, there is a need for theoretical knowledge, and technical and human skills.

In two studies that assessed the level of satisfaction with nursing care, it was identified that more than half of respondents expressed high satisfaction. The results of both agreed that nursing care is comprehensive, and the best way to evaluate it is the satisfaction reported by the user.8,9

At the time of conducting this research, the hospital where it took place had 38,580 enrolled beneficiaries over 60 years of age, representing 14.1% of the enrolled population. Between December 2013 and January 2014, 557 beneficiaries over 60 years were admitted. According to the hospital admissions and discharges presented over a month, 33% of hospital occupancy was seniors who needed the care of a multidisciplinary team, especially nursing staff.

Although user satisfaction is among the goals of the health institutions, this is not always achieved: in this hospital between 2012 and 2013 in the patient care and orientation department, 27 complaints were presented regarding the care provided by nursing staff.10
Based on the above, concerns emerged to analyze the level of satisfaction of older adults regarding the care given by nursing staff during their hospitalization and to describe the frequency of the dimensions affected and to correlate the level of satisfaction with individual aspects of the patient.

Cross-sectional analytical study conducted from February to June 2014 in a second-level care hospital of the Instituto Mexicano del Seguro Social in Ciudad Juarez, Chihuahua. 191 patients were interviewed. For the sample calculation, the proportion formula and simple random sampling were used, which included patients aged 60 and over, with a hospital stay longer than 48 hours in internal medicine, general surgery, and nephrology, and who did not have neurological impairment.

To obtain the information, the study used a form with demographic data, and the Spanish-language version of the CARE-Q questionnaire (Caring Assessment Instrument),11 for which a Cronbach's alpha of 0.88 was obtained; the instrument consists of 63 items that qualify six dimensions of nursing staff:

The research adhered to the regulations according to the legal framework for research and the Declaration of Helsinki. Article 13 of the Regulations of the Ley General de Salud en Materia de Investigación states that in any investigation in which the human being is the subject of study, the criteria of respect for their dignity and the protection of their rights and welfare should prevail, so the study was classified in the category of research without risk.12,13

For data collection, inpatient services were visited to find patients that met the inclusion criteria, who were invited to participate. Those who agreed to participate were explained the purpose of the study and that the information provided would be kept confidential and used only for statistical purposes. The lead researcher applied the instrument through face-to-face technique, verified correct filling, and thanked the patients for their participation.

It was observed that 37.2% were insured through one of their children, and 34.6% were retired. The hospital stay was between two and eight days in 83.2%, and nine to 16 days in 11%; 55% were treated by internal medicine and 31.4% by general surgery; 26.7% of patients had experienced at least one previous hospitalization.

The admission diagnoses were cardiovascular disease in 25.1%, diseases of the genitourinary system in 22%, and gastrointestinal diseases in 17.8%; 20% of patients had more than two admission diagnoses, and health status was classified as mild in 68.6%, moderate in 28.8%, and severe in 2.6%.

71% of patients reported suffering from some additional disease; the main diseases were combined hypertension/diabetes (35.6%), hypertension (22%), diabetes (7.3%), and arthritis (2.1%).

Figure 1. Satisfaction of the older adult hospitalized in the second level, with nursing care according to six dimensions (n = 191). 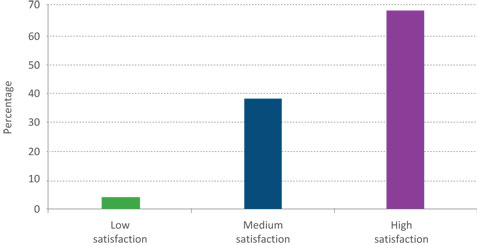 Figure 2. Overall satisfaction of the older adult hospitalized in the second level, with nursing care (n = 191).


In making the correlation of satisfaction (chi-squared) with sociodemographic aspects, significance was found with sex, age, marital status, education, and occupation (Table I). With Spearman’s correlation statistical test, association was found between marital status and service (Table II and III).

The results of the research show that the predominant age range was 60 to 65 years (37.7%), likewise predominantly male sex was found (61.8%), which is consistent with the results of Garcia, who did research in a general hospital in Tabasco.14

The predominant marital status was married (53.9%), and the status of knowing how to read and write (44.5%) and having finished primary school (31.4%), which means that more than half of those interviewed had low education, coinciding with that reported by Contreras.8

The dimensions of satisfaction received high scores except anticipation, which earned an average level. Rojas et al.,15 in their study, "Perception of the quality of nursing care in the emergency department," in which they used the Care-Q instrument, found an average level of satisfaction as described by dimensions. Contrasting those results by type of population, Rojas et al. studied users over 18 years, while here seniors are analyzed, who require more attention; upon being hospitalized they reported being satisfied with nursing care.

Overall satisfaction was at a high level, in line with that identified by García.14

Results regarding hospitalized patients’ satisfaction with nursing care were similar to those obtained by Alvarez et al.:16 57% of respondents said they were completely satisfied.

Other results that agreed with our findings were those of Contreras et al.,8 in which it was recorded that hospitalized older adults showed high satisfaction with the care provided by nursing staff.

As a result, high satisfaction was found in more than half of the respondents; by dimensions, satisfaction stood medium to high. Deficiencies were found in the explanations and facilitation provided by the nurses, that is, in education and teaching provided to patients, which resulted in 12% low satisfaction. In this regard it is important to remember that an essential part of the work of nursing should focus on health education for users.

Satisfaction of interviewees had an average level regarding the ability of nurses to anticipate, which includes the prevention of complications and anticipating what needs the patient may have, and satisfying them in anticipation.

According to the above, it is recommended to assess the satisfaction of older adults every six months to detect problems and provide timely solutions, to improve the affected dimensions, to implement educational interventions, and to integrate the multidisciplinary team through dissemination of study results, to thus increase patient satisfaction.

The authors declared that there is no personal or institutional conflict of interest of a professional, financial, or commercial nature, during the planning, execution, writing of this article.